Funky and Groovy: A 70s Aesthetic

Picture this: bell bottoms, shag rugs, mustaches, and late-night disco. Graphic spirals and flowers, neatly stacked onto wallpaper in a smoky lounge. A whole new world of warm-hued, full-color photographs in magazines, swaying and sparkling to soulful tunes. A little of the psychedelic, art-nouveau influence of the 60s, with a distinct move towards a more cohesive, contemporary form. Not quite geometric, but not entirely free form either. You’re picturing the aesthetic of the 70’s – namely one adopted by the youth of the time – in all its groovy glory, and there’s no other era of graphic design quite like it. We think it’s time to bring that funk to your branding, and we’d like to show you how to get the spirit of the ’70s into your content.

What defined the 70s aesthetic culturally?

Defined by historians the world over as the “decade of change,” the 1970s marked a significant shift in social, economic, and creative spaces internationally. The counter-cultural youths of the Hippie Movement (that you can read more about in our 60’s branding blog here) had begun to affect mainstream society, opening the door for a more progressive set of values to become commonplace in traditional homes. Feminism became a topic of public conversation, and the economic and legislative freedom of women began to grow. Other socially progressive movements gained traction too. People of color began speaking out with renewed vigor against their continued oppression, and LGBTQ+ groups found public platforms upon which to declare and fight for their rights and humanity. Much of the decade’s cultural influence was mirrored by a change in trends on television. TV began to feature more edgy, urban settings – antonymic to the pastoral nuclear family so often depicted in the 50s. TV casts began to feature more women and people of color. All these widely visible social changes and statements of individualism gave rise to the movement at the heart of the 70s rebellion: disco. Disco can be seen as “a reaction to the 1960s counterculture, to both the dominance of rock music and the stigmatization of dance music at the time.” Disco was a testament to choosing one’s path, dressed in glitter and unashamedly radiating confidence and energy. 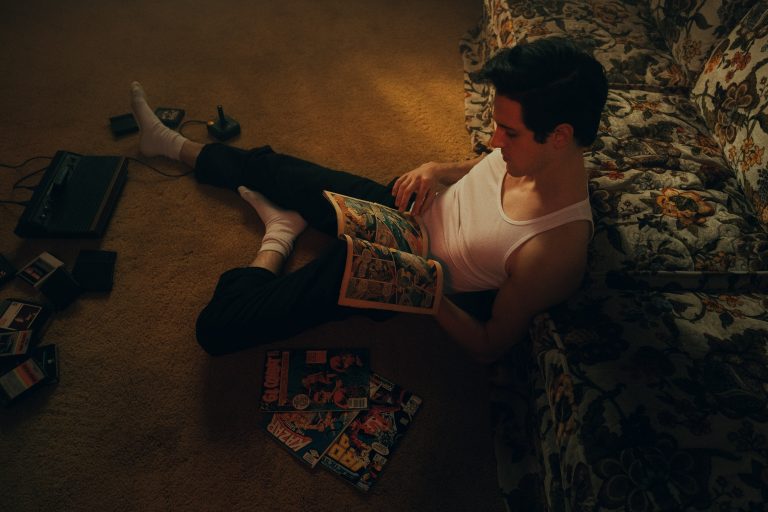 What exactly is the ’70s aesthetic, though?

In the same way that, socially, the counterculture of the 60’s hippie movement became a significant influence on the mainstream, the 70s marked a blurring of even more outdated aesthetic boundaries. The decade marked a time when fine art practices – traditionally quite far removed from day-to-day graphic design –  began to influence commercial design aesthetics. The sprawling, spiraling patterns of the Art Nouveau movement that influenced fringe cultural productions of the ’60s were adopted into commercial design and refined by the geometric, separated colors of the Minimalist movement. The resulting forms are decorative and organic but smoother of line and more evenly spaced than the often hand-drawn appearance of 60s psychedelia.

In contrast to the layered, jam-packed compositions prevalent in 60’s graphic design, 70’s graphic design tones down the excess and opulence of the previous decade and focuses more on symmetrical layouts and pleasing repetition. Repeated organic shapes formed patterns whose contrast in form was evocative of their cultural milieu. Organic, playful shapes in symmetrical, geometric arrangements echo the undulating, boundless curves of the 60s design being simplified, tamed, and arranged for everyday use. Colour palettes were also simplified, mainly due to color TV becoming affordable to the general population.  These early color televisions tinted much of their programming warmly and tended to mute colors slightly. Rather than the vivid rainbow presented in the 60s psychedelic art, a more sophisticated, muted palette of warm oranges and browns came into fashion. In the design trends of this decade, one can see the contrasts between chaos and order, art and product and history and future. This philosophy of contrast is echoed through 70’s style, 70’s television, 70s music, and 70s interior design too. 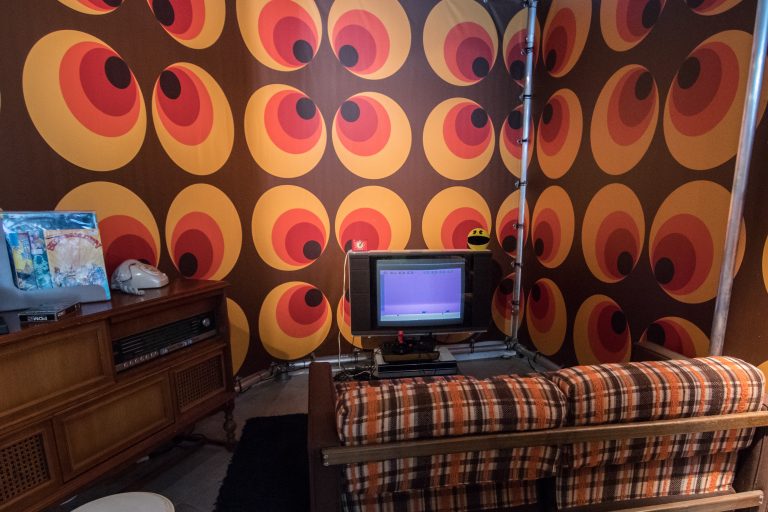 Why adopt a 70s aesthetic into your branding?

To create a relationship with potential customers based on value and loyalty, your brand can’t just “sell stuff”; it needs to stand for something. Once your brand has established its core “why,” communicating that “why” will attract – and keep – the sort of customers you’re looking for. Your branding’s visual aspect is just as important in communicating that “why” as the words are. If a picture speaks a thousand words, then a well-curated, consistent Instagram feed speaks a whole novel.

We think it’s essential to choose an aesthetic that resonates with your brand’s values and mission. Sometimes, resonance can be generated through visual references, such as incorporating motifs and aesthetics from the past into your content. Suppose you, for example, adopt symbols and styles that are reminiscent of the groovy 70’s aesthetic in your branding. In that case, you’re giving your followers the visual clues that your brand stands for values associated with the decade. This will work in your favor if you’re marketing a product, service, or individual that has a focus on individualism, uniqueness, art, and self-expression. By visually aligning your brand with a generation who chose to stand up and create their own meaning, you’re showing that your “why” is one of social justice, standing up for what’s right and turning away from tradition and towards innovation. To turn your branding towards a groovy 70s aesthetic is to establish your brand voice as the voice of the maverick—the voice of the creator, the fighter, and the world-changer. 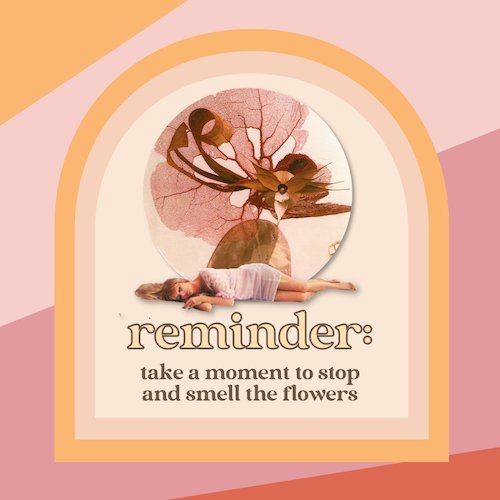 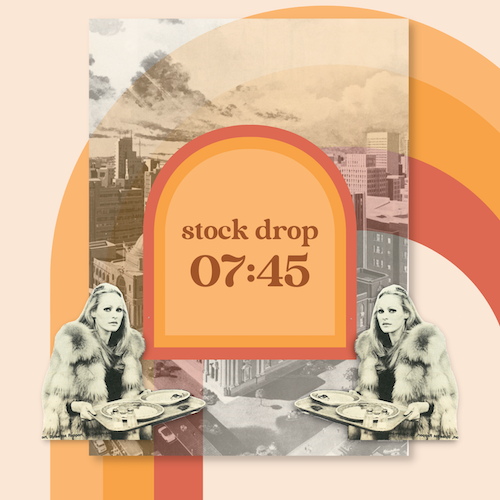 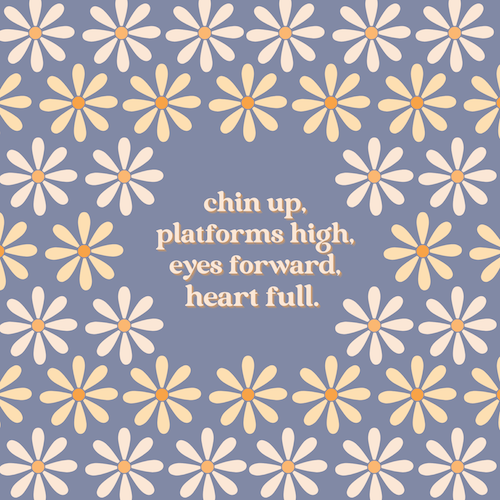 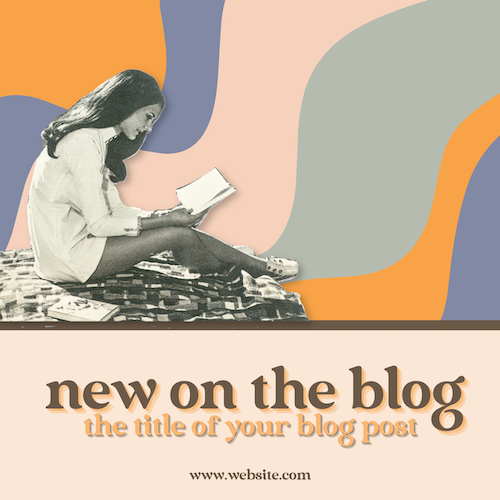 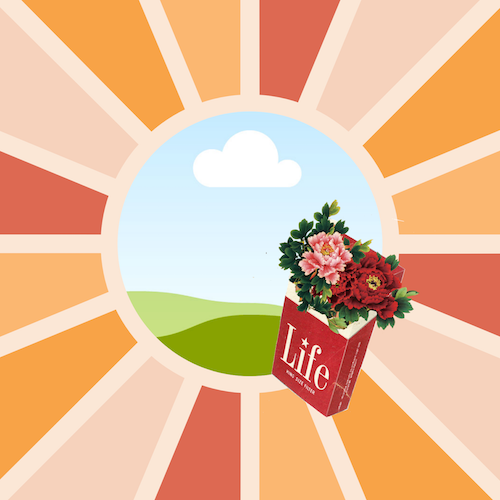 How do I adopt a 70s aesthetic into my branding? 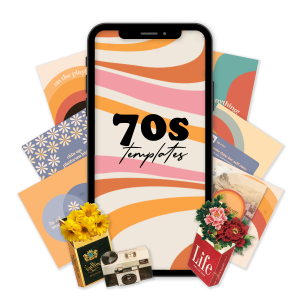 You could do loads of research, element building, mood board creation, and asset sourcing to create your groovy 70s style content… Or, you could just let Dawning Digital do that for you! We’ve created over 100 unique 70’s aesthetic branding elements to help you get your branding groovy, baby! This 70’s package includes PNG sticker elements, easy-to-use Canva templates, and Instagram story backgrounds. You can get the 70’s Social Media Template Pack here!