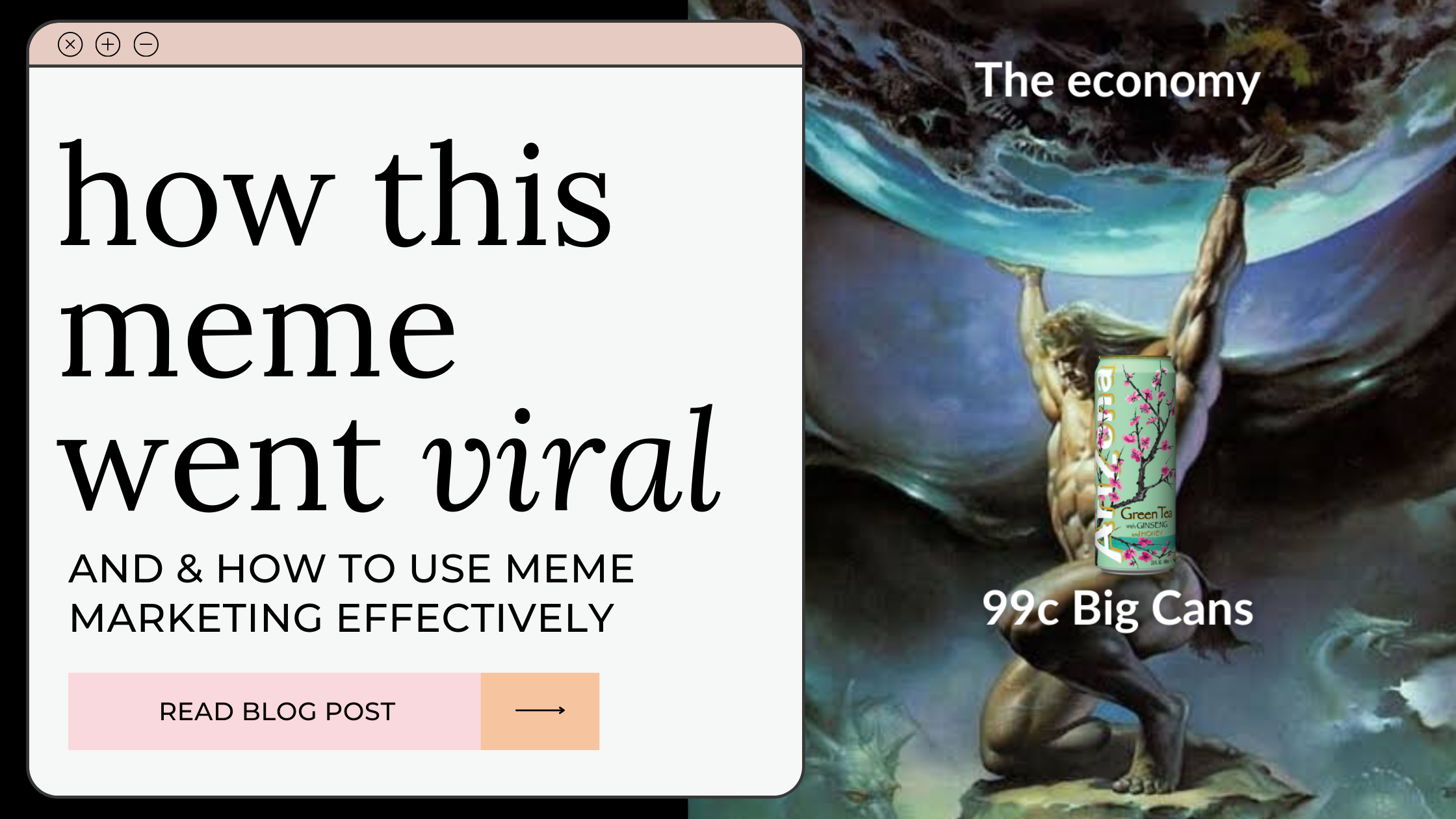 Why This Meme Went Viral

& how to use meme marketing effectively

“Viral content isn’t something that you can brainstorm and plan and have months’ worth of meetings over to bring to life. It’s responsive, triggered, and released at a specific time, whether it’s concurrent with real-world events or at the tipping point of a trend going mainstream. ” – Forbes Magazine

There’s no recipe for going viral. No matter how much research you do, or how many hours you spend creating the perfect meme for your target market, there’s no way to ensure that one of your posts is going to capture your target audience’s attention and take off in a major way. This elusiveness is what makes going viral so sought after, while simultaneously being so difficult to achieve. The image you see here is a meme that we posted on the AriZona Iced Tea Facebook page, that went unexpectedly viral. Organically, it racked up almost two million individual views, 140 000 engagements, and almost seven thousand shares! If you ask us, we’d call that viral!

It can be challenging to pinpoint exactly why some content goes viral, but there’s a combination of factors that definitely contributed to this meme’s success in a big way! Though the pointers in this blog can’t guarantee you’ll go viral, they may just set up the right foundation you can lay to give your post or meme a better chance of blowing up beyond your wildest expectations. 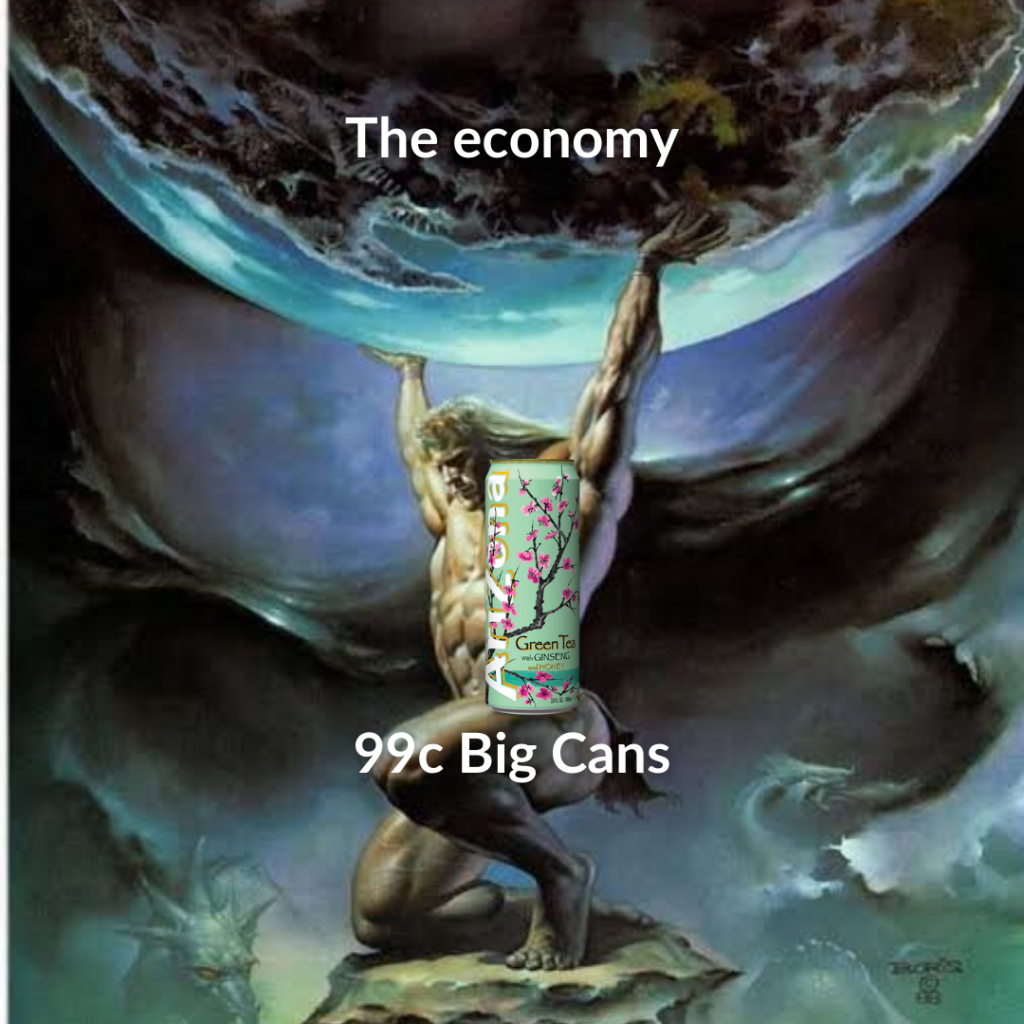 1. create memes that are true to your message

No matter how funny your meme might be, it’s not going to benefit your business at all if its content doesn’t align with what your brand does. The above meme was so beneficial for AriZona because it highlights one of their major benefits – their low, consistent price point. “I’m committed to that 99 cent price — when things go against you, you tighten your belt,” founder and chairman Don Vultaggio is quoted as saying. “Consumers don’t need another price increase from a guy like me.”

Consumers are already excited about the 99c promise, and highlighting that in a tongue-in-cheek way made for significant excitement amongst the fan base. When you know what makes your offering special, it will always work in your favor to create memes that highlight that fact!

“Native content” is content created by users of a social platform that isn’t made for advertising purposes. Native content is what most people use social media to see, and consists of media made by real-life friends and acquaintances as well as content creators they’re interested in. Because we are so saturated with ads all the time, we tend to tune out obvious advertising and engage, instead, in the content we’re actively interested in. By making promotional content appear to be made by a platform user rather than a business, your content will be more likely to generate active audience engagement. Memes are a great way to create “native” looking content because their format is often easily recognizable as intentionally humorous.

One of the coolest things about trying to create native content is that you specifically DON’T want to make your content look like it was designed by a professional. Simple edits, asymmetry, and inference rather than convincing rendition give the impression that your meme was made by an everyday person, which draws your target audience to it. In this meme, our team could have integrated the Green Tea can and the painting in a much more realistic way. Instead, we simply chose to superimpose the can over the painting, which made the meme look like it was created by a fan and not a professional marketing team.

3. create memes that are relevant to current events

Currently, in the USA, the topic on everyone’s lips is inflation. “The annual inflation rate in the US accelerated to 8.5% in March of 2022, the highest since December of 1981 from 7.9% in February and compared with market forecasts of 8.4%,” says Trading Economics.

Inflation trends on Twitter every week, and affects every demographic in our audience, as it has direct repercussions on everyday life. AriZona’s 99c price promise stands defiantly against rising inflation, so it makes sense for us to join the conversation by presenting OUR solution front and center. Not only are we poking fun at the CURRENT pillars of the economy, but we’re doing so in such a way that paints AriZona in a positive light no matter where our audience stands on this issue politically.

Though jumping in on trending topics of conversation can give your organic reach a significant boost, it’s important to read the room and figure out which topics are appropriate to meme and which aren’t. For example, AriZona definitely has a relevant point of view in the inflation conversation, but it would be wildly inappropriate for them to post a meme about the ongoing conflict in the Ukraine. You can be cheeky when you’re making memes, but do your best to stay in your lane. If you feel any hesitation over appropriateness, it’s probably best to steer clear of a topic altogether. 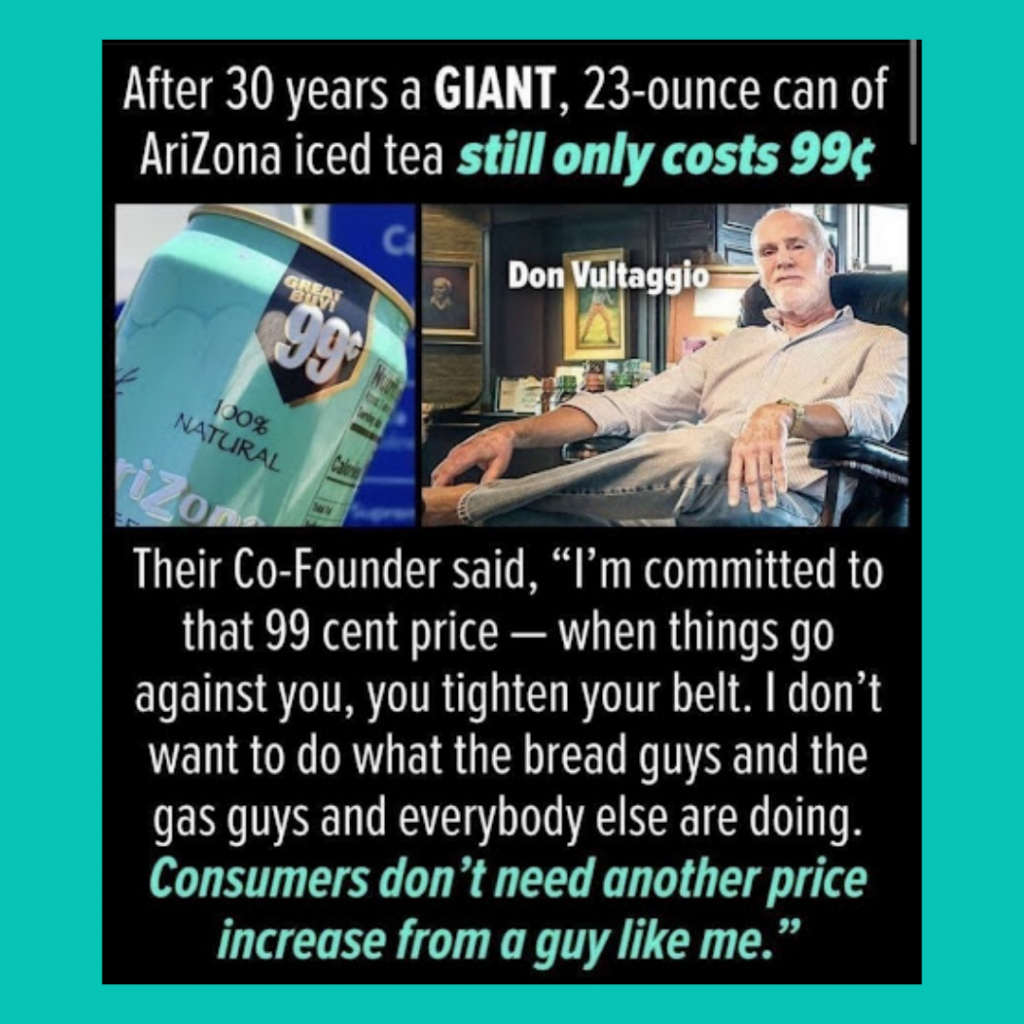 4. create memes that show knowledge of your audience

If someone tells you to write a speech, the first question you’re going to ask is “who am I speaking to?” You’d write a very different speech for your best friend’s wedding than you would for pitching your business to a potential investor. Your audience matters whenever you make content, but it matters even more when you’re trying to create humorous content. Memes are usually referential, whether to pop culture, relatable real-life circumstances or well-known tropes. In order for the message of your meme to be received as intended, your audience needs to understand what you’re referencing. This meme for AriZona was successful in that regard as the referentiality worked both ways – to a story in culture and to a relatable situation. The base painting in this meme depicts the myth of Atlas bearing the world on his shoulders, which is often used as a symbol for carrying a significant responsibility for the benefit of others. However, AriZona’s audience is primarily teenagers. If they were not aware of the mythology behind the painting, the image chosen shows a heroic figure carrying something big, so the message is communicated anyway. The most successful memes work regardless of if the audience catches the initial reference you’re trying to make or not. Referentiality can enrich your meme, but it shouldn’t be pivotal to understanding the joke you’re trying to make.

Another important aspect of understanding your audience is taking a look at which demographics use which platform. For instance, your older audience is more likely to be on Facebook, so using edgy Gen Z memes there probably won’t go down as well as they would on a younger platform, like TikTok. Text post memes work better on Twitter than they do on Instagram, and in general, memes go down a treat everywhere except LinkedIn, where it’s best to keep professional and more formal. If you’d like to test your audience’s reception to memes across your platforms, try using temporary posting mechanisms like Stories to gauge a reaction before you commit to posting your memes on your main feed.

You can’t make one meme and expect to go viral. However, the more memes you produce, the more likely you are to create one that really strikes a chord and gets people listening in. It’s crucial, when creating memes, to take a look at what works and what doesn’t, and craft your new content around what’s garnering the most significant public response. We know this can be difficult. At Dawning Digital, some of the memes we’ve been so excited about posting have been met with a lukewarm reception, whereas some content we thought was more “filler” material has absolutely skyrocketed our engagement. Allowing your analytics to guide the subject matter and cadence of your memes going forward will allow you to hone your meme crafting skill to perfection for your specific audience.

From this AriZona meme, we learned that highlighting the 99c price point generates a lot of engagement through clicks on react buttons as well as in the comments. We also learned that simple, less wordy imagery does best on Facebook. We’ll apply those insights to further memes we make. 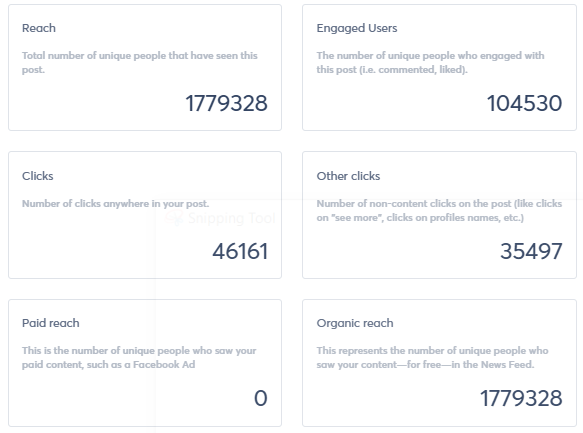 You’re almost in meme lord territory, but you have one important element left: practice! To find out a little bit more about the general guidelines for using memes in marketing, take a look at our blog on the 10 Do’s and Don’ts of Marketing With Memes. After that, get busy making your OWN memes with Dawning Digital’s 100 FREE Meme Templates for Canva, which is packed with easy-to-use templates and explanations.

Lastly, don’t forget to have fun! Your humor will radiate through the content you create, so approaching this kind of content creation lightheartedly will produce the best memes! Stay up to date on current meme trends by following the folks over at Know Your Meme, and have a few laughs along the way. Who knows? If you flex your funny bone, your brand might just become the next viral meme sensation!